Thomas was a member of the American Legion, Moses Taylor Post, No.  136 for almost 60 years having served in the U.S. Army in Europe (NATO) during the Korean War.  He was a member of the Mount Kisco Lions Club, a former director of the Mount Kisco Boys’ and Girls’ Club’s Board of Directors, a member of Amnesty International U.S.A., and Human Rights First, the Southern Poverty Law Center and the American Civil Liberties Union.  Tom was a longstanding member of the Ancient Order of Hibernians, Division 16 and an active director of Tara Circle, a group of Irish and Irish American organizations. 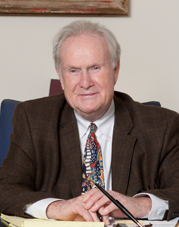 “The right to be left alone is indeed the beginning of all freedoms.”